Transwomen’s labor rights and the struggle to reclaim them 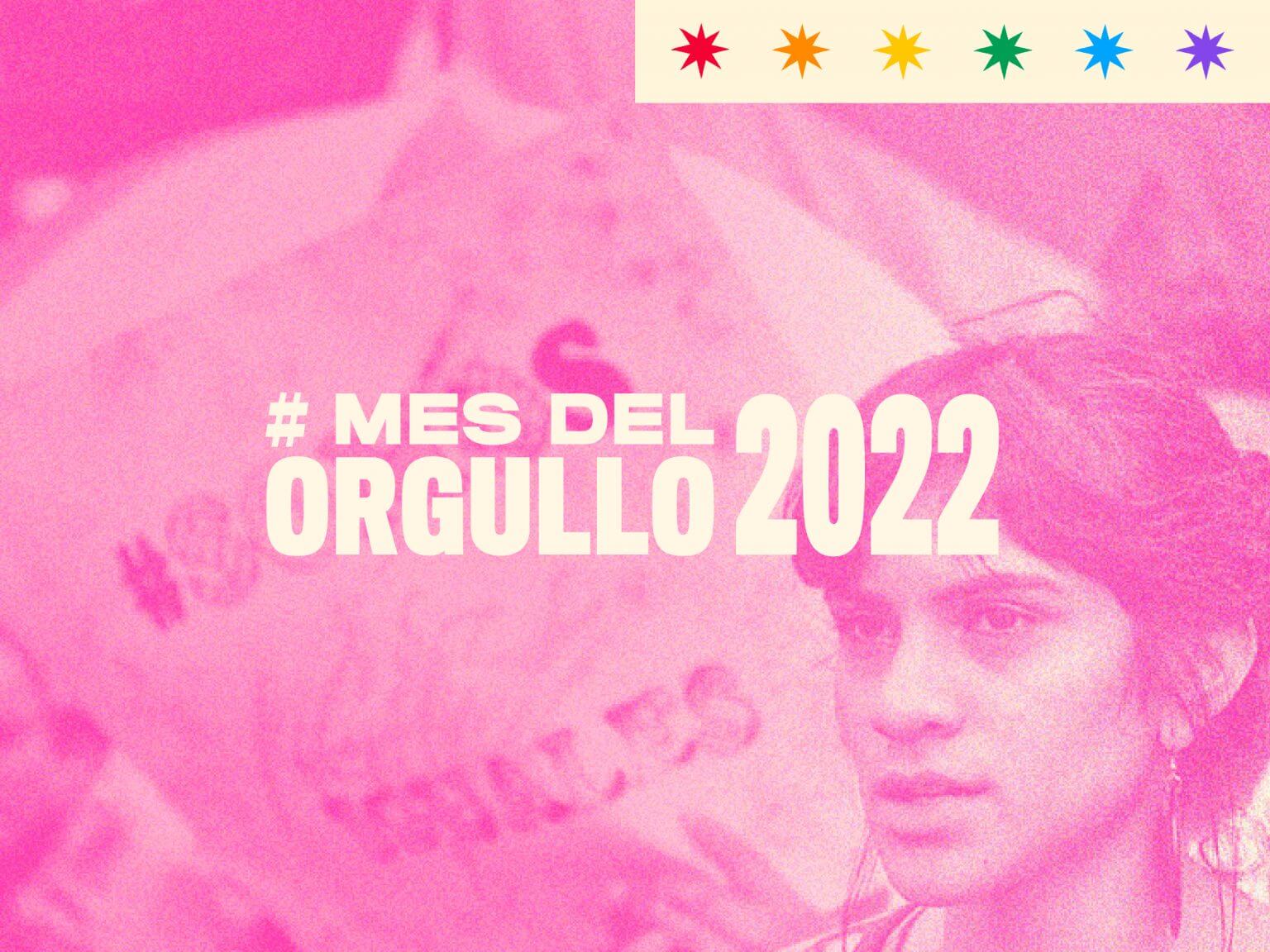 Transwomen’s labor rights and the struggle to reclaim them

10:30 PM, I begin my tour through the streets of the historic center of Guatemala along Third Avenue in Zona 1. On a street corner, one of many, a pair of huge, silver, see-through platform shoes reflect my headlights back to me while supporting two long legs wrapped in a pair of fluorescent stockings that reveal her buttocks. 12:30 AM, Eighth Avenue; her sequined corset seems to almost strangle her bountiful breasts, exposing her perfect nipples. Eleventh and Third, capricious makeup, over-the-top and striking hair, long nails, and a cigarette that keeps her company. On the corner of Thirteenth and First, two women strut along while a third one haggles with the window of a black car. Their somber clientele lurk here and there; they slowly stroll past them once, twice, to see the “product”. Open for business, the deal is sealed—the blonde enters the car and disappears into the darkness.

Who are they and why are they there?

Because it severely endangers their lives, sex work is one of the most distressing business women can participate in. Still, it is almost the only possible source of income for transwomen. This is how several human rights defenders have explained it to us.

When they look for jobs while legally retaining a masculine name, they have to be hired under that name. As a result, they are made to wear the company's uniform for men and use the restroom for men. In other words, there is no accessibility or regulations”, says Velásquez.

It is crucial to have laws that recognize a person’s true identity and not only the one that is socially imposed on them. Our whole society is just beginning to open up and accept transwomen, but recognition of their identity is still a challenge even internationally. Maritza adds:

The LGBTQI+ community is not a labor sector that is recognized by the International Labor Organization, or which is protected by any labor agreement. They are not in the same category, for example, as the domestic work sector or the industry sector”.

According to Maritza, although some transnational companies have policies that take into account LGBTQI+ folk, in Guatemala hiring practices vary depending on management. Some companies do [hire LGBTQI+ people] while others do not.

Below, Mirna Ramírez, a women’s labor rights defender and member of the Movimiento de Mujeres Con Poder Constituyente, shares with us her knowledge about the issue of labor rights for transwomen. Mirna explains how a gender identity law would benefit them:

In the last legislature, with deputy Sandra Morán’s support, we put forth a gender identity bill. But then some obstacles emerged, and although RENAP* had at some point expressed their approval, they caved under the pressure exerted by the Church and our fundamentalist society at large. They were forced to back down, to say no, to say that it was not possible to recognize the identity of our transgender comrades. Biological sex became their argument of choice. So this represent the first obstacle for our compañeras, because they legally have a masculine name that undermines their identity. It’s hard.

A corner is just a corner during the day, but at night it becomes many transwomen’s workplace because it is the only space society has allowed them as a result of discrimination. Transwomen are forced to hide their true identity and to not express themselves freely. This has become a strategy to avoid rape or access formal employment, which is scarce to begin with.

More than half of our compañeras have not finished high school, and very few have finished elementary school, so most did not get to grow and develop fully, and they haven’t received any training—technical or higher education—that would prepare them for the workplace”.

Stacy explains that being excluded from education is integral to the discrimination and rejection that transwomen experience since childhood in their homes. Families tend to invest more in the men of the household, not in the women and even less in those who are a different gender identity than the one they were assigned at birth.

Even as minors, we have to become responsible for procuring housing for ourselves, procuring an education, a livelihood. They make you responsible for many things. You exist to survive, not to prepare for adulthood”.

Because transwomen are relegated to sex work and other informal forms of employment, they are more vulnerable to being raped and exploited, even by networks of organized crime. Maritza makes the following comparison:

Most workers, even domestic workers, can sue the employer if they are not open to dialogue. The complaint goes to a labor court. This is not possible for women who work in bars, hotels, taverns, and brothels. Although there is a relationship rooted in [financial] dependence—transwomen have bosses, and they deliver a product following a schedule—they are unprotected. That is why we are working toward unionizing trans sex workers, as a measure to protect them”.

REDMMUTRANS and OtransRN, go to great lengths to raise awareness about transwomen’s plight, and they do political advocacy to influence the State so that it guarantees their rights. Both organizations have published several investigative pieces, which are key advocacy tools. According to a 2021 OtransRN report, the employment situation of 163 interviewed trans women, is as follows:

Because of transphobia, being visible is a persistent risk factor for transwomen in Guatemalan society. 33% of the interviewees said they had been assaulted while out on the street, and 13% reported being assaulted at their workplace; they did not state whether they were formally or informally employed.

As regards education, 33% did not finish high school, only 23% managed to do so, and only 14% finished university. When analyzing these data, it is important to take into account the systemic and structural violence transwomen experience, a crucial factor that influences their lives so they are unable to pursue an education. The data corroborates this: 54% of the transwomen who are most affected by violence are between the ages of 18 and 31.

According to Stacy, improving their life quality is closely linked to future legal breakthroughs and the protection of their rights, which are neither recognized nor guaranteed yet. A good start would be the passage of a gender identity law; this would provide a base for institutional changes, but, long-term, it would contribute to wider societal change.

Mónica Estefanía Chub Caal’s story is a great example. She is a 30-year-old indigenous woman from Alta Verapaz and an activist for the rights of transwomen.

At home, her mother has always accepted and supported her, and in her community she is recognized as a fighter, an activist, and a human rights defender. Despite this, in her territory, transwomen regularly face the same human rights violations in the workplace as everywhere else:

You want to apply for a decent job, but they are going to reject you because of who you are. We are drowning because society hasn’t changed; it still has a long way to go. Social media are a tool to raise awareness about these issues in the community, but we don’t see a lot of progress, so our rights continue to be infringed on”.

Galilea Bracho, executive director of the Red Multicultural de Mujeres Trans de Guatemala (REDMMUTRANS), has stated that her organization, together with SITRADOMSA, the domestic workers union, is making efforts to take this issue to the Ministry of Labor.

They started by educating themselves on labor issues because their plan is to transform their demands into public policy. This is what their advocacy work is all about: working hard to claim their rights, to have a full life in which they are visible on the streets and can exist without violence. Additionally, the two organizations intend to guarantee not only transwomen’s inclusion in the labor market but also other members of the LGBTQI+ community in Guatemala.

While I await these policies, I visit Zona 1 again. On Sixth Avenue, two trans women catch my eye as they chat in a coffee shop. They take a selfie and smile. I smile too, because I think they are claiming their right to safely exist in public.

This article was written by Andina Ayala, journalist of the digital media RUDA from Guatemala for FCAM.